Recognized schools that are part of Indian classical dance were created as part of a ritual of religious significance where dancers worshipped gods by telling tales of their lives and adventures. Three primary elements are the core of the Indian dance lessons.

They are Natya, the dramatic element of the dance; nritta, pure dance, in which the rhythms and phrases of the music are reflected in the decorative movements of the hands and body and in the stamping of the feet; and Nritya, the portrayal of mood through facial expression, hand gesture, and position of the legs and feet. 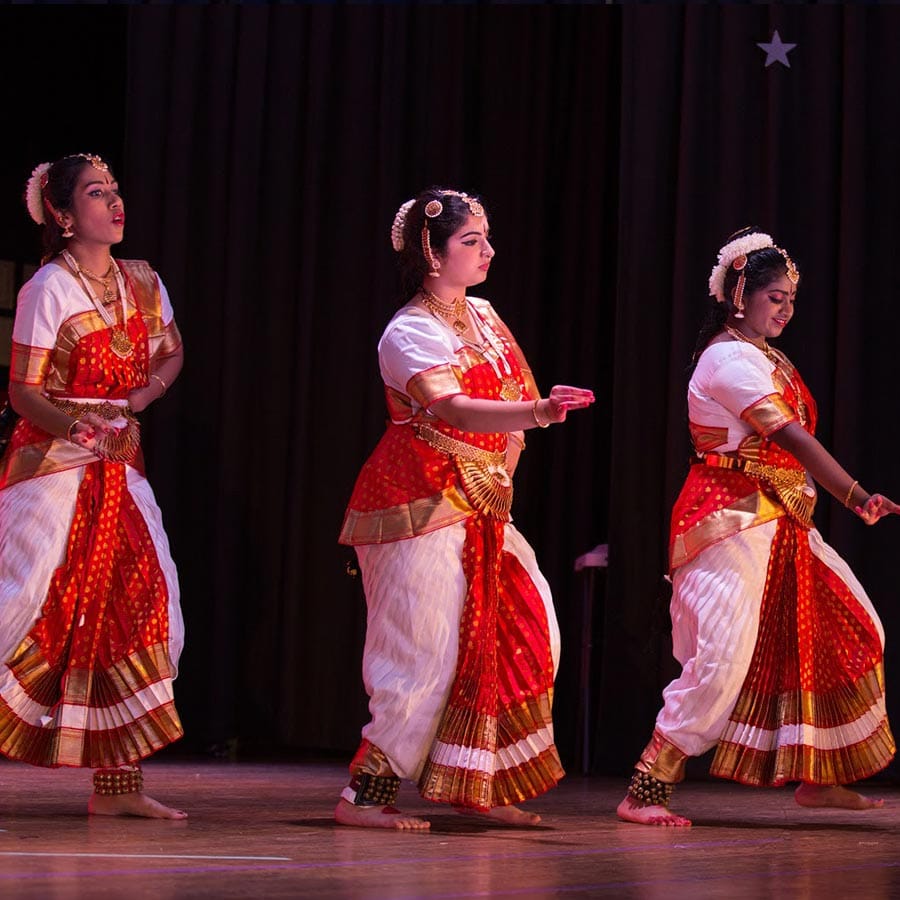 The style of movement in Indian classical dance is very different from that of Western ballet. There are, for example, 13 gestures of the head, 36 different glances, and 67 mudras, or hand gestures, that can, in various combinations, yield several thousand different meanings.

While these qualities characterize Indian classical dance in general, there are significant variations in each school. Bharata Natyam is perhaps the most delicate and elegant of all the forms. It is traditionally, though not exclusively, performed by women. In the dancer’s typical stance the legs are bent, often turned out at the hips, and the body is held upright.

While the feet are executing the basic step sequence, the arms, hands, and head are also performing intricate movements. The arms are always supported at the elbow, never loosely hanging, and they may be stretched to the side or above the head or bent at the elbows in many different positions. In executing the mudras, the hands convey different meanings according to the position of the fingers and the way the palms are cupped or splayed.